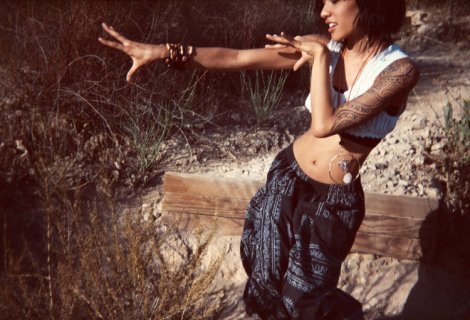 We’re back at it again. Check out some our favorites from Dirty Beaches, Low Leaf, Akouo, DJ Okawari and Pilot Nation.

I’m not a deep guy. I’ve come to terms with it. If you look into the deep recesses of my heart you’ll only find the black tar that my quack doctor keeps yapping about. Wait, what’s that sound? Listen closely. Is it the gentle melody of a tormented artist, listlessly plucking at the untuned harp of…hope?

Dirty Beaches helps me cope with the tragic reality of living as a ridiculous man. That and the solace I take in having an incredibly long and thin penis. I really clean up with the noodle fetishists (Spaghettishists?). Either way, they both give me peace of mind that God might just have a plan for all of us, and it’s alright to not give a shit.

“Rise Up” by Low Leaf 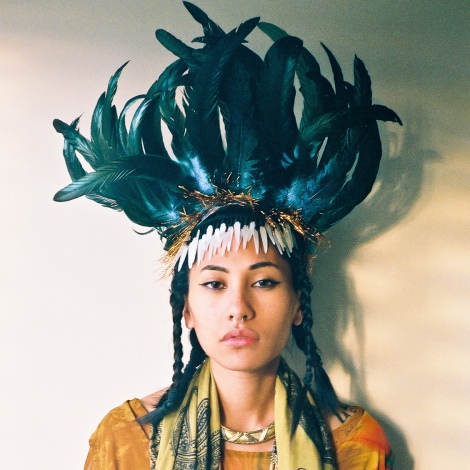 I don’t know if I’m late in joining her bandwagon.  But its a good one to be on.  Low Leaf is a Filipino-American singer/songwriter/producer based out of LA.  She is a self-taught harpist, and a classically trained pianist with an upcoming LP entitled, AKASHAALAY, that is set drop at the end of the month via Fresh Selects.  The project is dedicated to the Phillipines, its “people, its’ bloody history, and its’ bright future.”

“Rise Up” is the debut single from the upcoming LP.  It stands as an anthem of hope to the people of the island who have been marred by history of colonization, and recent natural disasters. Low Leaf’s sound is diverse  and is informed by a spectrum of genres.  Learn more about her and her “Create or Die” movement here.

“I don’t know if you guys noticed, but the Australian electronic music scene is hot right now – I’m talking Hansel hot. Talented acts are popping up from the Land Down Under and frankly making the American EDM scene look a little played-out. I mean, did you guys know Skrillex just put out a new album? Spoiler alert: It sounds like all of his other stuff.

Then we have guys like Akouo who hail from Tasmania and makes tracks reminiscent of Flume, the god of Kiwi beats. Akouo has garnered hundreds of thousands of plays on his Soundcloud for remixes of Childish Gambino, Aluna George, and even a Drake rework. For this week’s In Rotation, I chose to highlight a remix Akouo did of another Australian artist, Thief, taking the original electro-pop jam “Closer” and turning it into a chilled out dance piece that you could throw onto a Spring mixtape if you can’t wait for Summer.”

“A Cup of Coffee” by DJ Okawari

You’re laying in bed beside her. It’s the middle of summer and raining. Together on that shitty single bed. You’re listening to the sound of rain rattle off the aluminum window frame. You’re listening to her breathing, trying to figure whether she is asleep or just pretending. She said it’ll probably happen again sometimes. You were concerned, her phrasing was off, too antiseptic to convey genuine passion. You both know it’ll never happen again, but for now the lie is nice. In a few minutes she’ll get up. She’ll gather her clothes, you’ll follow her to the door. You’ll kiss her, she’ll play along. You’ll ask her to dinner, she laugh at you. Like that is the most ridiculous thing in the world. You’ll spend the rest of the morning writing a paper you can’t really focus on. You’ll decide to fuck this whole wide world and start drinking. You’ll start watching old shows you used to love. You’ll fall asleep at six pm.

But for now the lie is nice.

“No Doubt About It” by Stizzy & Jeff Replay

As you regular readers might know, if you exist, In Rotation is always in constant flux. After a brief hiatus, which was partly inspired Kanye’s 2009, In Rotation came back with a vengeance last week. So it only seemed right to ride out the positive karma and get In Rotation back on track. We need to “give the people what they want,” a mantra of sorts at HGHR GRND. So much so our writer Sid Vashi got it tattooed across the belly.

The only issue was that 11:00 came along this morning and I had yet to ask any writers for their submissions. In a scramble, I was able to corral a few but I had yet to write one of my own. With little idea of what song to memorialize with my lucid prose, I turned to my iTunes to reveal to me my most played songs in my library.

Kanye, Kanye, A$AP Rocky, Kanye and Jay, De La Soul, Frank Ocean. Six songs in and there were no surprises. Then I saw a little song by Boston rappers Stizzy and Jeff Replay, two-thirds of Pilot Nation, called “No Doubt About It.”

I knew my choice.

I often choose notable songs for In Rotation so I wanted to take an opportunity to give some shine to two men that unequivocally deserve it. I have covered the song before, even giving it a spot in my list of the 100 best songs of 2012. But we have new readers now and it’s time to get them hip.

Boston hasn’t always been a hotbed for hip-hop. [Insert obligatory scathing diagnosis of Boston’s hip-hop scene]. But guys like Pilot Nation and Michael Christmas are trying to change all that. And they are well on their way.

I remember when I first heard “No Doubt About It.” At the time I had more than a few doubts about the music coming out of Boston. Several of my friends; Tim Larew, Blair Lineham and Guillermo Antonini, were spearheading the #12for12 movement in Boston, so I had a chance to meet and be exposed to some of the best rappers the city had to offer. And despite a few songs clearly sticking out, I had yet to hear something that truly compelled me to take the scene seriously.

That was until Tim and Blair showed me the rough cut of “No Doubt About It.” I was floored immediately. Right here were two dudes that sounded like they were put on this earth to rap, and this song sounded like a legitimate hit. Of course with the dilution of music being pushed through the internet, this song wasn’t going to reach the success I thought it deserved. While this upset me, I have admit I experienced the quasi-hipster rush of knowing about something amazing while the majority remained in the dark.

Pilot Nation went on to drop one of my favorite mixtapes of last year in Expensive Heat, and the occasional new material I hear Stizzy and Replay make me only excited for what the future will bring. And to think my first exposure to them was a driveway cypher on a summer night two years ago. It kinda makes you think that something truly amazing might be right there staring you in the face, you just have to open you eyes. You’ll be surprised what you see. Ain’t no doubt about it.

Error: Twitter did not respond. Please wait a few minutes and refresh this page.